Next year, in march more precisely, I'm starting a tour of Europe of 6-10 months from Lyon, France. Heading north, then visit East and last south of Europe.

The exact path is not define, I don't want it to be, but on the main lines :

Going up to Copenhagen, and decide to :

-Go even further up to stockholm and then Lettonia, Latvija by the baltic coast

-Focus on the East of europe (Berlin, Varsovie, Prague, Budapest)

-Descned up to Istambul and do the south of Europe

If someone has similar plans, is interested on the project, or do another trip with some chances to bike together in some parts let me know ;)

I am posting new updates

I am posting updates about my project since I've drawed a first draft of the trip : 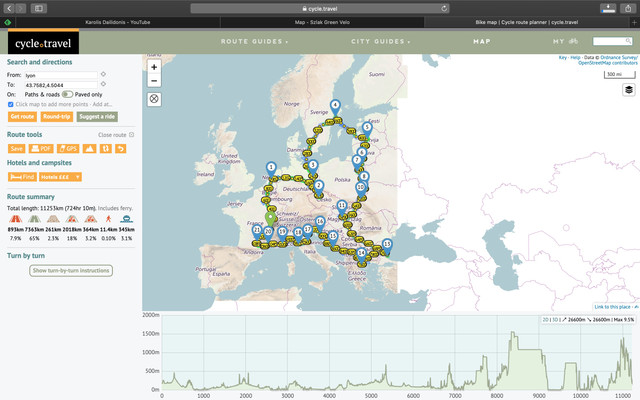 I've changed my plans a bit since I've posted. I'm going to start biking in 3 weeks from lyon to Athenes, then go to the cap north and then make the route bike home :) 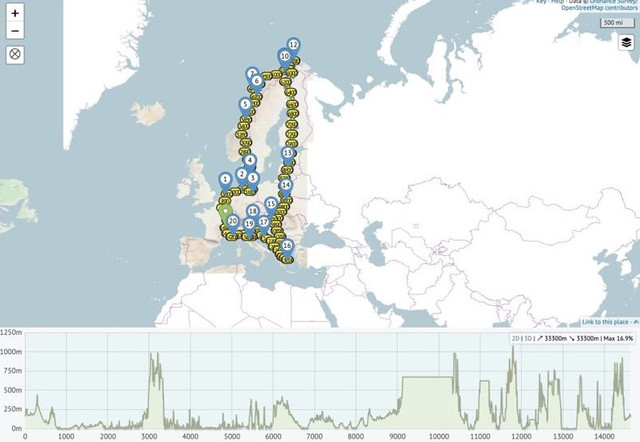 Hi , I cannot open the map,

Hi veerle, thanks for your

Hi veerle, thanks for your invitation! It's a screenshot of a website, since then I have changed my plans a bit : I'm going to Athènes first, and by crossing south of Germany and south of Austria before Slovenia, let's keep in touch once in Belgium ! (Later this year)

I have plan to cycling on east Europa from Montenegro on the end of April... Montenegro, Albania, North MAcedonia, Greece, Turkey, Georgia, Rusia, Estonia, Letonia.... more...

We are doing a lot of contries in commun! I think I'll finish the south of Europe around the end of may but who know, let's keep in touch :) you know what itinerary you are gonna follow?

and also maybe I can visit you :)